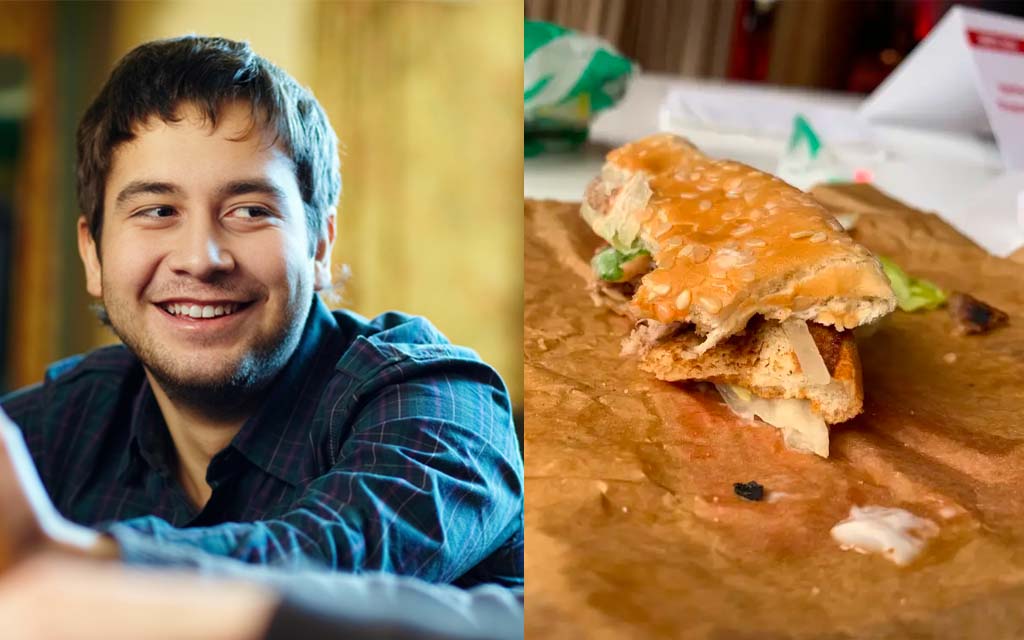 A Betoota Heights pub has today been the scene for an interesting interaction between a human being and a garbage bin with legs.

The incident took place a couple of hours ago, when a run-of-the-mill office guy named Brett was having lunch with a 29-year-old garbage bin he calls a friend.

Sharing a long history together since primary school, the relatively slim and health-conscious office guy said that he likes to catch up with the garbage bin every couple of weeks at least.

And, as Brett says, his peculiar friend tends to come in handy whenever he can’t finish his meal.

Like today, when the garbage bin asked if he was going to finish that smooshed bit of bread with some sauce and lettuce on it.

“You gonna finish that or what bro,” said the garbage bin roughly 15 seconds after Brett chucked his scraps down on his plate.

Giving his mate, the nod, he jumped in and quickly disposed of the leftover chicken burger.

Speaking to The Advocate at the urinal a short time ago, Brett says it’s quite a common occurrence.

“Burgers, Chips, Pasta, Pizza, whatever you leave there he will demolish,” he said.

“Aside from leftover salad, he won’t really touch that.”

“It’s so funny watching him, he’s like a dog. As soon as he can sense I’m done he goes completely blank and can’t focus on anything other than the mouthful of food sitting their calling his name.”

“Like today, I was talking about some serious stuff and he completely zoned out and was just staring at a bit of burger. I could tell he was counting to 30 before he could ask me.”

The garbage bin was unavailable to comment on the issue, as he was fishing around the pokies for free mentos.