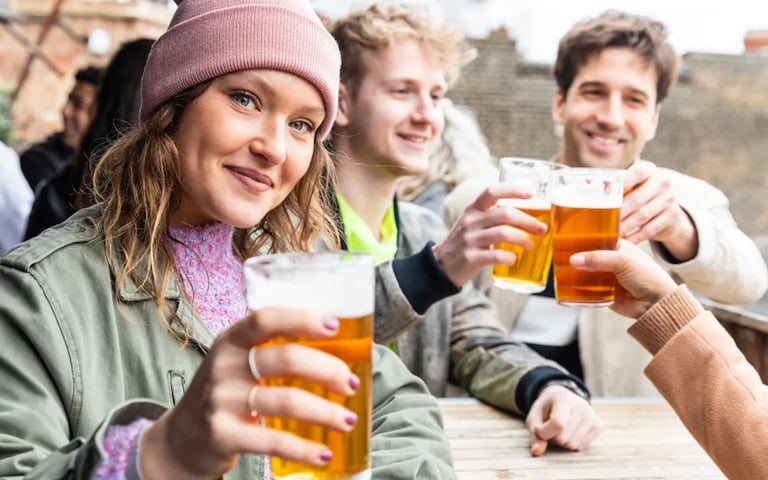 A new report has today found that there is no real ‘perfect weather’ for sinking jars, and it’s purely a matter of how you look at it.

The study conducted by the Licensing Inquiries and Testing For Australian Management (LitFam) hospitality thinktank shows that while ‘Friday arvo beers’ in the middle of summer are commonly accepted as the best kind of beers – it doesn’t mean they go down faster than winter arvo beers.

“What we’ve found is that you can really have just as big of a crack in the dead middle of winter” says lead researcher Professor Hoges Murray OAM.

“It’s all about your approach”

As the report details, the unpleasant prospect of of holding a cold beer in your hand while standing on a 13 degree arvo is probably the biggest barrier to getting sauced on a Winter friday.

But the research suggests that this is only an issue for people who romanticise summer the same way that beer ads do.

“Who says you have to be outside?” he says.

“You ever sat in a pub with a fireplace? That’s so damn toasty. There’s nothing better than an amber buzz while sitting in front of a front bar fireplace”

However, the findings also detail that winter arvo beers also don’t have to be an indoor sport either.

“Those outdoor heaters offer a great atmosphere. Chuck a heavy coat on and sit under the mushroom. Damn.” says Professor Murray.

“Time just gets away from you under the steel glow. Serious vibes”

With pubs around the country struggling to bounce back from the pandemic lockdowns, punters are being urged to look at Friday arvos differently – even if the weather is fucked

“You just gotta concentrate on the task at hand” reads the report.

“The beer can flow in Winter, but only if you want it to”