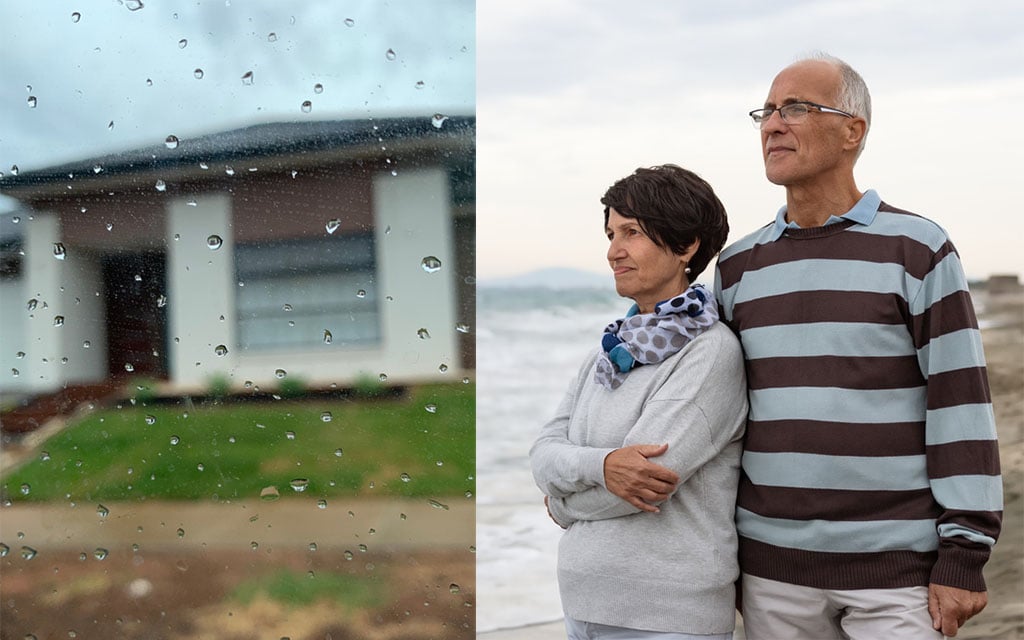 It wasn’t meant to be like this for Wendy and Frank Peters.

Earlier this year, using their existing house as security, the 59-year-old semi-retired property investors from our town’s leafy Betoota Grove district purchased a swathe of affordable homes in a new housing development on the Betoota City Limits.

They were told houses never go down, that investing in property was the last sure-thing left in this country besides tax and death.

Four houses side-by-side, all owned by Wendy and Frank, are now girt by for sale signs as their fellow investors look to exit the market on a high.

Frank and Wendy are staring down the barrel that many problem gamblers have faced before. They’ve put it all on black and the roulette pill is bouncing closer to landing on red.

“If the interest rates keep going up, we won’t be able to pay the mortgages,” said Frank.

“We have already asked our tenants for a rental increase (just a modest 15% hike in line with interest rates and inflation) and they all came back and said they’d rather move out. This is a disaster,”

“We had the houses valued again and it’s slightly less than what we paid for them. If you take into account the extra fees on top, we are way behind and on top of that, almost every other house on our street is for sale at the moment. It’s starting to look like 2008 all over again but this time, it’s going to affect me personally, not just in a spiritual level as it did before.”

Wendy nodded then patted Frank on the knee.

“If the government doesn’t come in and bail us out, we’re going to do our arse,” she said.

“The government needs to guarantee our mortgage. I said what I said during the election but this is serious. We could lose our house.”

When asked if they thought gambling their only major asset on the property market was the right thing to do, in hindsight, both Frank and Wendy said they were “honey-dicked” into the housing market by the media.

“They said we couldn’t lose. Now our children will have nothing to inherit,” said Frank.

“How will they be able to afford to live if they aren’t given something for nothing?”