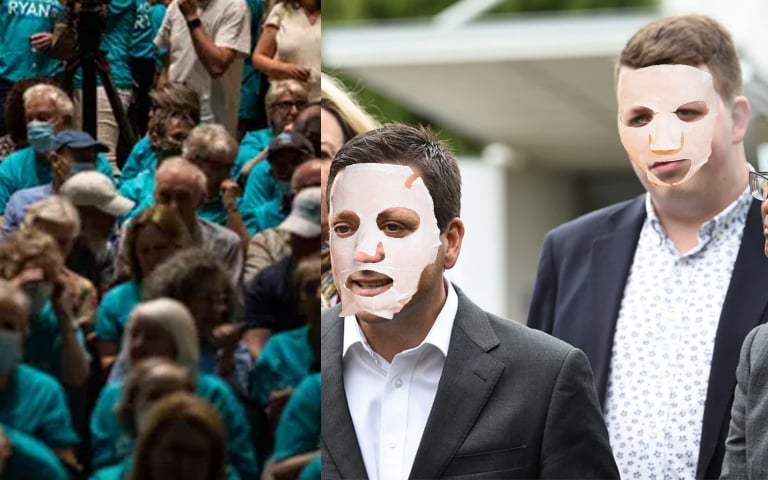 The Victorian Liberals are bracing themselves for similar thumping experienced by their Federal peers at the upcoming state election, with independent teal candidates gaining worrying momentum in some of their safest seats.

The one seat that all eyes are on is Caulfield, a division that has sat under Liberal Party rule at a state level for eight decades and includes the affluent suburbs of Prahran, Albert Park.

Even the local Liberal David Southwick appears to be spooked as he attempts to not acknowledge the existence of teal independent Nomi Kaltmann.

The ABC’s election analyst Antony Green has put Mr Southwick’s margin at just 0.04 per cent, following the redrawing of boundaries after the 2018 poll. The Victorian Electoral Commission gives Labor a lead of 0.2 per cent – and of course, the Teal voters are impossible to poll because many of them are have a deep distrust of the media and the political class after 300 days in lockdown.

Disenfranchised Liberal voters across the state will decide just how badly their former messiahs lose this time around, with the opposition earning an awful reputation as culture war mongerers and unhelpful conspiracists during the lengthy pandemic.

It is for this reason, the embattled Liberal leader Matthew Guy has today attempted to stem the bleeding by appealing to the upper-middle-class female voters that dictate this kind of revolution.

Fronting the media alongside 6 straight white males, all wearing Mecca beauty masks, Matthew Guy insisted that his party understands the concerns and aspirations of Victorian women.

“We don’t have an issue with women in our party,” said the middle aged white man.

“We are completely aligned with female voters and women need to understand that,” he laughed.

“We have wives, we have daughters and we don’t have an issue with women.”

“I’m not sure why women have such an issue understanding that,” he laughed.

At this point his media advisor ended the interview and shamefully walked him away from reporters.