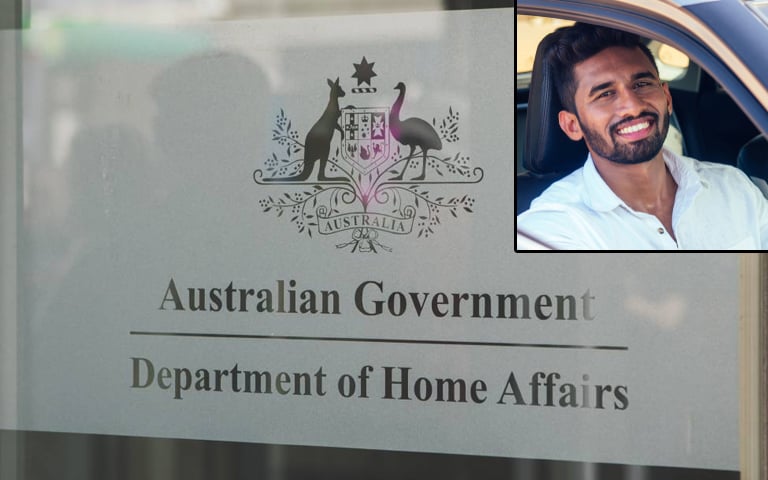 Half of them work in the RSL kitchen, another one works as a midwife, and Ajay drives a cab.

This is a peaceful existence for a man who left his hometown in India in 2016.

However, there is the niggling ambition that plagues many of Australia’s expats currently caught up in the purgatory of a 1 million visa backlog left behind by the Morrison Government.

Like the other six Indians, and twenty other visa-purgatory migrants in his new town, Ajay’s potential cannot be met in a two-horse town. There doesn’t seem to be much demand for his training

“I have no problem working as a cabbie” says Ajay

“I’d love to ply my trade here but the closest international airport is 1000 kilometres away.”

As the textbook definition of an economic migrant, Ajay wanted to relocate his young family to a new home that would provide greater opportunities for their education. He is neither a refugee or an asylum seeker. But he has waited almost as long as a refugee would wait to be processed on one of those sweltering Pacific Island prisons.

“Prior to relocating to Australia I was working as aeronautical engineer for Brunei airlines at New Delhi international airport. But for some reason this government wants me to live in a rural town indefinitely while they spend six years on my Visa application. I’ve seen four different Ministers for Home Affairs in that time. In fact, when I lodged my application it was still called the Department of Immigration”

With the pandemic closing borders for two years, it has become apparent that immigration was put on the very bottom of the to-do pile, leaving people like Ajay with nothing to do but just tread water and wait on the end of the phone.

“I keep hearing about the labor shortage, but I’m not allowed to live anywhere with jobs. Even as a cabbie I’m only getting a couple fares a day, most locals just call the other bloke on his mobile”

“Oh well. I spose it’s about keeping Australians safe from all the other dangerous aeronautical engineers that sneak through with the good ones like me”