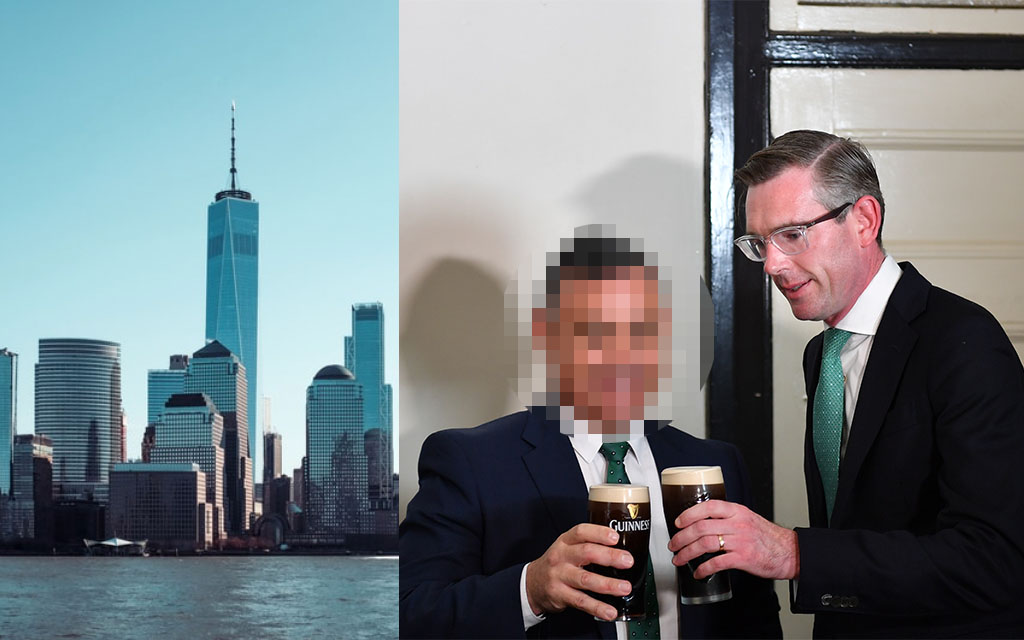 The NSW Government has told an inquiry into the appointment of former [redacted by legal] as a trade commissioner to the Americas that the preferred female candidate was deemed to be unsuitable because the NSW Liberal Party had failed to secure the blessing of the candidate’s husband before the deadline.

The inquiry is continuing in Sydney today and the state’s deputy chief vice public servant is remaining tight-lipped until the conclusion of it, he says, but took time to address the media – and the people of the nation’s butcher’s bin – who are demanding answers.

“Look, as we all know, there are checks and balances when it comes to this type of thing,” said deputy chief vice public servant Glenn Denhert a short time ago in Sydney, the southern hemisphere’s largest open-air sewer.

“And unfortunately, we didn’t receive all those checks and balances in time. It’s Liberal Party policy that we need a blessing from a male relative before we appoint any woman to any position of real and tangible power,”

“I know that might seem a bit archaic in today’s modern age but we must do what party policy dictates. That left only one candidate left, [redacted by legal]. It was always going to cause controversy, we understood that. However, believe it or not, [redacted by legal] was the best candidate for the job. So we hired him.”

The Advocate reached out to the NSW Premier’s Office for comment but has yet to receive a reply.