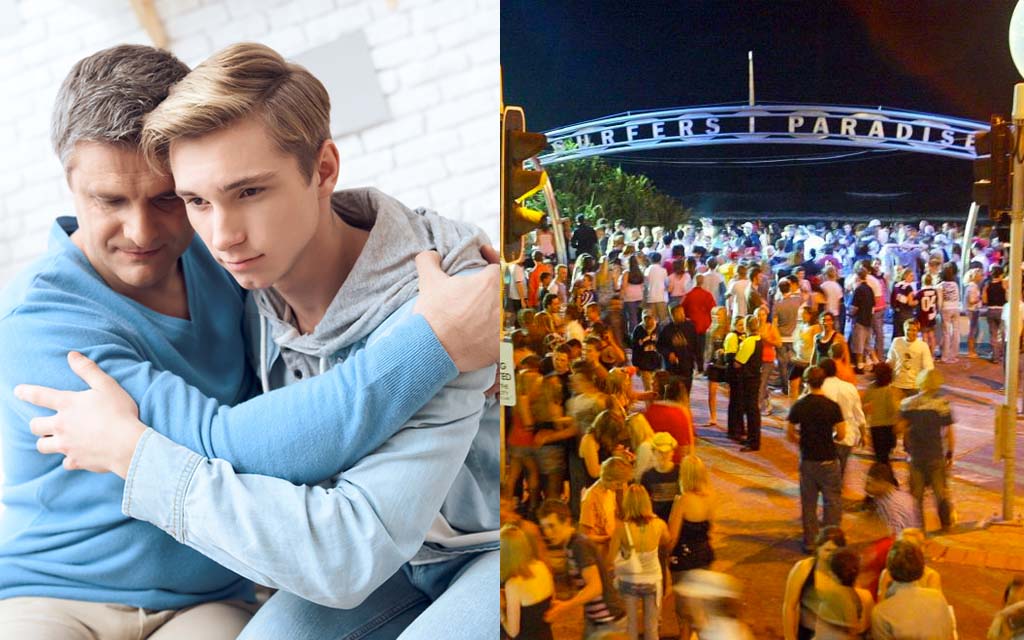 A family home in Betoota Heights has today borne witness to plenty of tears – of both sadness and of joy.

This emotional scene came as the Wilson family bid far-well to the their 4th youngest of 6, as he prepares for his first taste of active service.

Young 19-year-old Sean Wilson is being deployed to the Gold Coast for his first ever Schoolies trip as a part of the famous Red Frog Brigade.

However, rather than carry a gun, young Sean will be armed to the teeth with packets of Red Frogs, a weed sprayer full of water on his back, and a cheerful and optimistic spirt that can’t be dimmed – no matter what drunken antics it’s confronted with.

Famous for going above and beyond, and doing incredible work at events like Schoolies, the Red Frogs are a bunch of volunteers who give up their time to try and keep young people safe.

Currently on a flight from Betoota to the Gold Coast, Sean is the latest recruit, who joined the volunteer army through family connections within the Church, and is set to become the 3rd sibling in the Wilson household to do so.

With the event kicking off this week, Sean says he has an idea of what he’s in for, but he also knows you can’t ever be properly prepared.

“I’m nervous,” he said to us before boarding the flight to the glitter strip.

“Obviously I know there is going to be a lot of sin and temptation around, but apparently it really wears you down”

“I’m just keen to bring positive vibes and keep the party going and make some likeminded friends with in the Frogs.”

“Mum and dad said they are really proud, but obviously worried about me, so wish me luck,” he finished.