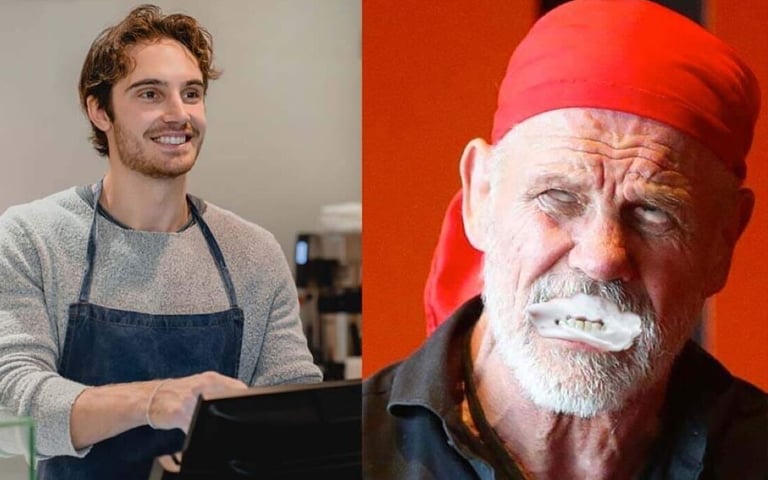 A popular cafe in Sydney’s Lower North Shore has today been the scene of a rowdy fracas this morning, following the news that Queen Elizabeth II has passed away.

Cafbean in the leafy suburb of Mosman was reportedly forced to call an ambulance after a customer began to show signs of mild hysteria, during a highly caffeinated discussion about our nation’s sovereignty.

It’s believed the customer was none other than Peter ‘Pymble Pirate’ FitzSimons, who had become agitated when discussing the topic of our nation’s statehood. over a morning coffee.

The former Wallaby and Sydney Morning High School Herald Columnist apparently begin foaming at the mouth after bringing up the ramifications of the Queen’s death, and what this means for Australia moving forward.

The passing of the Monarch has been hailed as a moment for Australian Republicans to strike, and push for a move away from being ruled by the Royals – given we are looking at having a bloke like Charles in charge.

Struggling to get much traction with a young barista from the North Shore, the Pirate’s eyes started rolling back in his head when the young man said he didn’t give a fuck if we become a republic or not.

The Betoota Advocate spoke with the hospitality workers at the centre of this story moments ago.

“I mean, sure we can become a republic, but I feel like there’s a few other issues that are a bit more pressing,” said the 22-year-old Chat Leonards.

“When I said that he started going beserk at me for being a stupid doofus boof head who stands in the way of progress – and accused me of being complicity in Australia having a head of state based in a tiny island on the other side of the planet” he said.

“I just started shrugging and then he got more and more worked up.”

“I didn’t wanna upset him cause his my dad loves his books and refuses to read anything else.”

“But he just spiralled to the point where we had to call an ambulance.”

It’s believed the pirate is now recovering well, with paramedics sedating him by promising to support the Republican movement, and enthusiastically talking up the Wallabies chances of winning the Bledisloe this year.