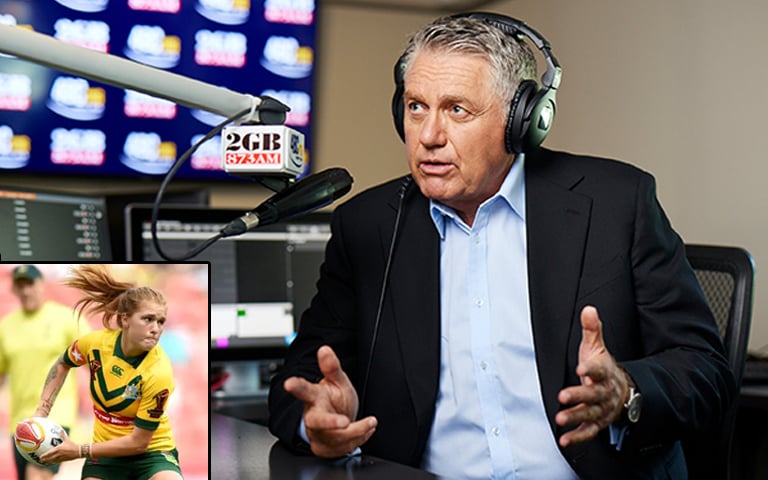 If you haven’t been watching the 6 days of Australia’s rolling news coverage of the Queen’s death, then you might not be aware of the disgraceful news story coming out of the rugby league.

Pearl-clutching radio shock jocks and red wine soaked conservative commentators are today blown away, after a 25-year-old women’s NRL player decided to celebrate the passing of a monarch whose family have caused so much suffering and dispossession to her people.

In the midst of the Australian media’s relentless sucking up to the British Royal family following the death of a 96-year-old woman on the other side of the planet, Indigenous NRLW player Caitlin Moran has taken rugby league to a new low – with the most disgraceful off field behaviour in the history of the squeaky clean code of ladies and gentlemen.

The Newcastle Knights NRLW star sent shock waves through the rugby league community with a since deleted post on social media. Her actions have since been escalated to the rugby league Integrity Unit for investigation – with game officials suspending her from one week of play.

On the day of the Queen’s passing, Moran posted on Instagram: “Today is a good fucking day, uncle Luke announces his tour, and this dumb dog dies. Happy fucking Friday.”

The ‘Uncle Luke’ referenced in the post is in fact American country music singer Luke Combs, a man whose dulcet tones and love songs have cemented him as an icon for Australia’s Indigenous community.

The ‘dumb dog’ in question, is the Queen Elizabeth II, a woman who’s family represents the blood-soaked Commonwealth responsible for pillaging and murdering hundreds of millions of First Nations men and women throughout their storied history of genocidal colonisation.

This is a bold claim for Ray Hadley, as the Royal family’s lapdog suggests that calling the Queen a dumb dog is worse than former rugby league star Chris Dawson murdering his wife to pursue an affair with an underage school student.

Or worse than the time half the Newtown Jets got sentenced to life in the Bangkok Hilton for trafficking heroin back from Thailand.

In fact, calling the Queen a dumb dog may be worse than getting sucked off by a dog on Mad Monday, or pissing in your own mouth for no reason at Cronulla Northies, or shitting in a team mates shoe, or stabbing a man at a church function, or trafficking exotic wildlife, or breaking into a family home in Manhattan and screaming ‘Allah Akbar’ while assaulting an innocent family man trying to protect his home before playing 8 more seasons as the high-paid player in the NRL.

Caitlin Moran should hang her head in shame for this hilarious post.