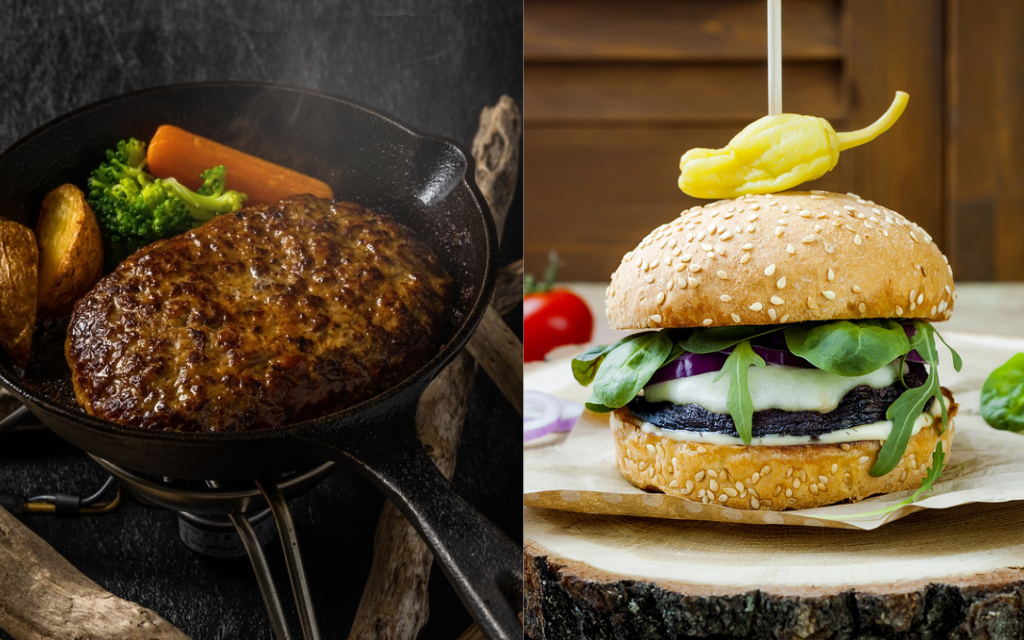 As part of our ‘Suburban Sous Chef’ series, The Advocate has been speaking to a number of local cul-de-sac heavy weights in a touching celebration of iconic Betootanese cuisine.

So today, one of the Diamantina’s most celebrated backyard BBQ culinarians has offered up some cooking tips and tricks to making vegetarian meals more tasty.

In an interview with Greg Watts, a father of four whose Christmas in July spread is long regarded as the best in Betoota Heights, the BBQ master offered a behind the scenes look at his famous Mushroom burgers.

“Two of my daughters have been banging on about needing more plant-based dinners in our family schedule, so I’ve been perfecting my Mushroom burgers lately!”

“Course the secret to a good Mushie burg is you’ve gotta sizzle a Tomahawk steak on the hotplate for 10 minutes first, then barbecue the portobello mushroom in those fatty steak juices.”

Quizzed on the need to fry the shit out of the mushrooms on a greasy BBQ hotplate, Greg informed The Advocate that it was simply impossible to get any decent flavour out of cooking a mushroom on an electric frypan.

“People always describe mushrooms as having that dense, smokey, meat-like flavour, so why not actually make it taste like a rissole and cook it on a black iron plate swimming in beef fat!”

“Today I’ve even thrown some bacon on the BBQ as well, just to really dial up the salty flavours.”

Speaking to Greg’s daughter Harriet, a plant-based foodarian who’s been a lapsed vego ever since watching The Game Changers back in 2019, the addition of Mushroom burgers to the family menu has been greatly appreciated.

“I just wish he wouldn’t gorge himself on steak at the dinner table, all that greasy fat makes me feel ill!”

Stay tuned for next week, when The Advocate will be speaking to local potato bake champion Julie Edwards, who’ll be running us through her famous triple cheese, three tray bake.