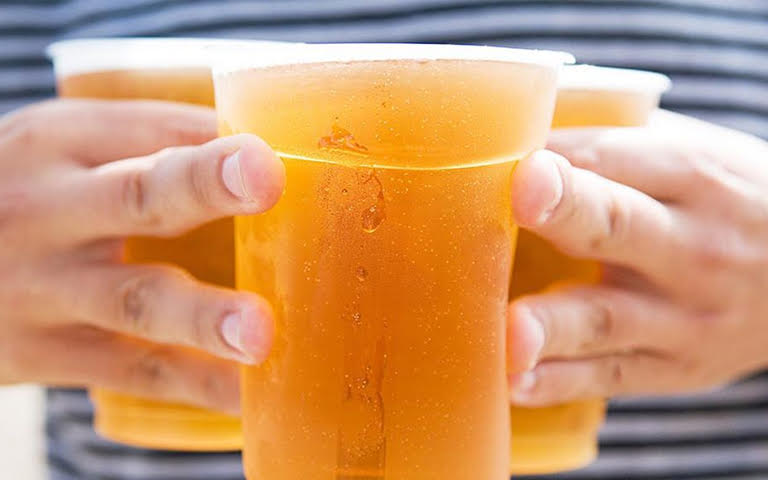 A modern Prometheus has learnt a painful lesson today after shouting a round at Sydney Olympic Park.Rocking up to the stadium that has had more name changes than a drama student with twice-divorced parents, Lauchlan Chalk (43) offered to shout his mates a round of drinks ahead of watching Caitlan ‘The Fridge’ Johnston carve it up in the NRLW Grand Final.

Twenty minutes later, Chalk was seen returning to his mates, the beers he had purchased now significantly watered-down with his own tears.“Guys, this was it,” stated Chalk as the liquid house deposits wobbled in his trembling hands.

“This was the straw that shot the camel in the back so the family could eat.”

After paying craft beer prices for actual beer, Chalk found that he had no money left and would have to file for bankruptcy.

“Why didn’t I sneak any beers in? You really don’t get your money’s worth unless you sneak some beers in.”

Staring down a future of being hounded by debt collectors and having to move back in with his parents, Chalk was at least comforted by the idea it would be someone else’s round next.

Unfortunately for the freshly penniless Chalk, his friends drank their mid-strength beers with the speed of Aaron Woods chasing a winger while already 40 points down with 12 seconds to go.

Three hours later when the beers were finished, no one offered to buy another round citing the need to provide for their family as to why they won’t be buying any more beer.

“Sorry Chalky but I genuinely think feeding a couple of pineapples into Lucky Dragon is a better investment than that.”