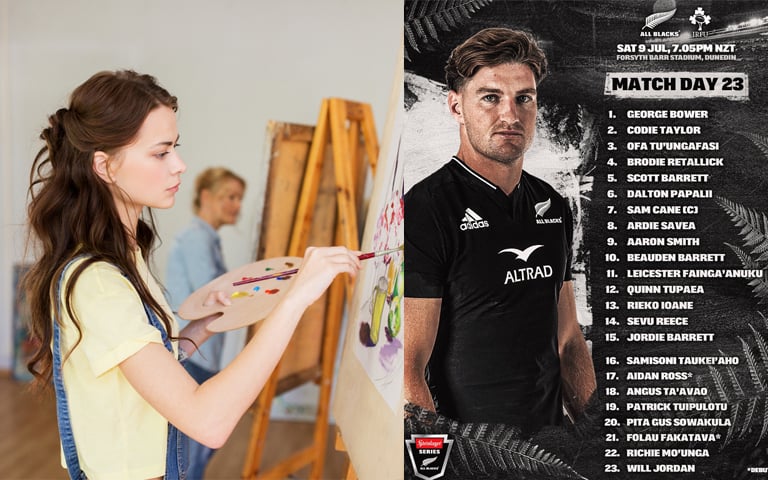 As the march towards the 2023 Rugby World Cup in France begins, more eyes than ever are watching the mid-year tests.

With the Bledisloe, Spring Tour, and the RWC exhibition matches all ahead of us after this, no one is salivating harder for this abundance of rugby than the fans of the most winningest professional sporting team in history – the New Zealand All Blacks.

That is, except for the trendy Kiwi creatives who have moved to Australia to rebrand as worldly post-national creatives who don’t care about sport.

“Not really my thing” she says, to her fellow art students in class today.

“I’m not that interested in the toxicity of contact sports, and I think footballers are quite entitled”

These comments, which are common amongst ex-pat Kiwi academics and creatives, appear to contrast directly with the fading silver fern tattoo on Alexandra’s wrist.

“Oh that, that’s nothing” she said.

“It’s ironic. Like a lot of my art practice has interrogated the obsession my home country has with rugby union”

Alexandra’s eyes begin to flicker with a roaring flame and she continues.

“Like for example, there’s so much going on in the world. It blows my mind that the New Zealand media cycle is focused entirely on the fact that Fozzie (the All Blacks coach) is making some interesting selections,” she laughed.

“Or that Willy J isn’t getting a start despite having two crazily dominant Super Rugby seasons.”

“Jordie is just a bigger body and it makes sense to have him against the physical Irish team who are going to kick the ball down his throat.”

It’s at this point that Alexandra realises the act is up. She sighs, and accepts her fate as a degenerate All Blacks fan.

“It’s hard to keep a foot in both worlds while maintaining my status as both a contemporary artist and a die hard Wairapa Bush girl” she says.

“The piece I’ve just started is titled ‘Balance’ and was actually inspired by the potential of starting all our top three 7s all in the same backrow.

“He does all the tough stuff but also has an untapped ability to ball play I reckon, which is something Sam Cane is missing”

“He’s actually probably past it I reckon”