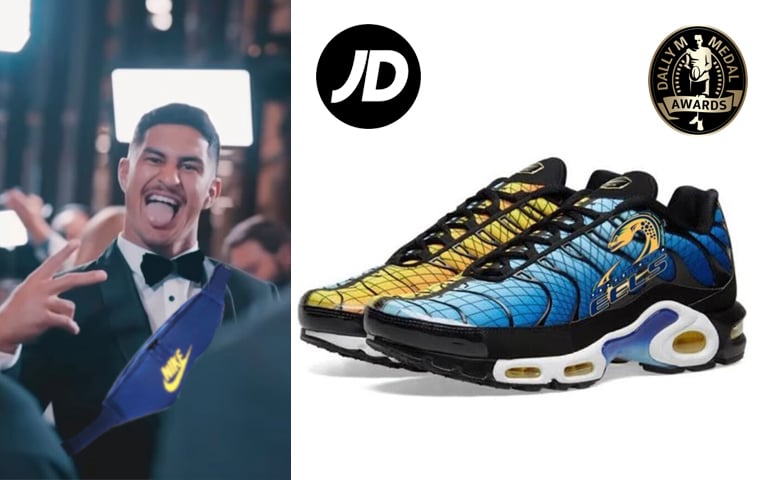 It was the 2022 Dally M Awards last night, and as usual, every media outlet associated with the NRL took great pleasure in using the term ‘rugby league’s night of nights’.

The top gong went to Cronulla Sharks superstar, Nicho Hynes, who not only broke records with an unprecedented 38 points – but also reaffirmed his place as the biggest sweetheart in the game by paying tribute to his darling mother, who he also took as his date.

Raecene McGregor took out the ‘Dally M Womens’ and took the opportunity to call for the NRLW to change the name of her medal so that future winners don’t have to have an award named after a male player – which is a pretty good point.

However, it was not lost on any of those in attendance that the Western Sydney teams were starting to stir, as the countdown continues to this weekend’s ‘Battle Of The West’ NRL Grand Final.

It will be a family affair on both ends of the pitch, with both Penrith and Parramatta hitting Sydney Olympic Park with a coaches who have sons on the field.

Panthers coach Ivan Cleary and his son Nathan will be attempting to hold onto the NRL premiership for two year’s running, while Parramatta coach Brad Arthur will look to get his son off the bench at some point throughout the evening.

However, it’s Brad Arthur’s unofficial son-in-law that had the most attention on him on him last night.

Aside from arriving at the event with the coach’s daughter as his date, Parramatta’s five-eighth Dylan Brown was also the only bloke at Randwick Racecourse wearing Nike TNS – instead of the usual square toe gator dress shoes.

And they were’t just any trainers on his feet.

It seems the Kiwi-born Parramatta icon has seamlessly picked up the fashion of Western Sydney, as he wheeled out the limited edition TNs made in collaboration with the streetwear retailer JD Sports.

Dubbed ‘The Parramatta Wheels’ the new shoes come in blue and electric eel yellow, with a Fuifui Moimoi-era Parra logo that nods to the 2009 grand final that was robbed from them by a cheating Melbourne Storm.

“Actually wait. They don’t say skux here do they…”

“Ummm… I mean… They are pretty CRACKER”