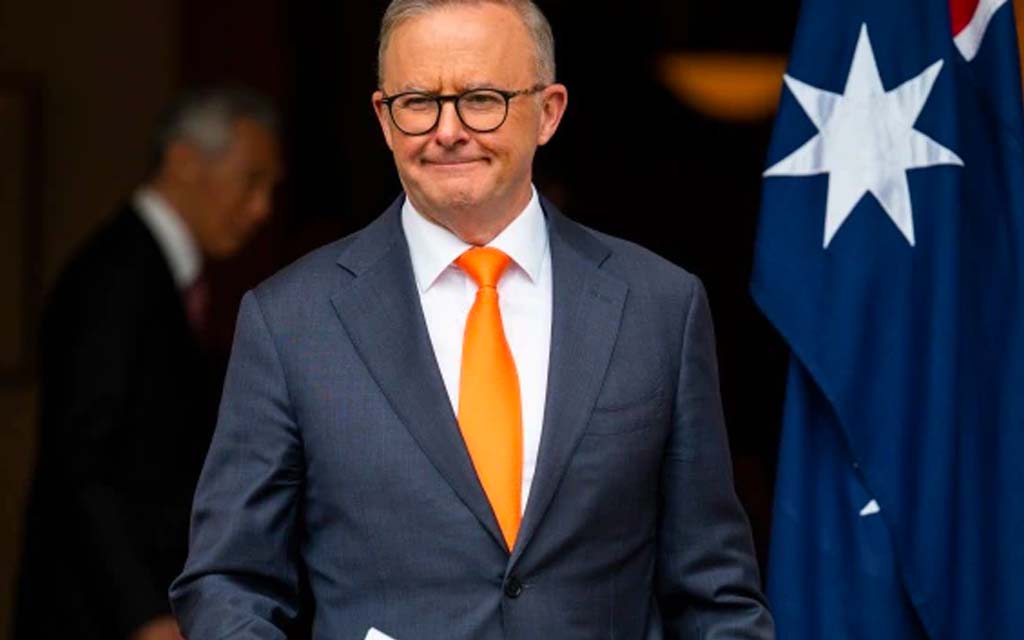 Sydney’s Inner West is an area known for diverse cuisine, craft everything and kooky locals who would like to live in Australia’s centre of attention but not close to the beach or bush.

Most of Sydney’s Inner West falls within the Division of Grayndler, a watermelon of an electorate; green appearing but entirely red at its core.

Unsurprisingly, Sydney’s Inner Left has a pretty mild turnout on January 26 with many residents preferring to celebrate the Hottest 100 on Saturday and wanting the date of Australia Day to change.

For that reason it is a bit odd that one prominent Grayndler man is happy with the date as is and might even pop in for the odd citizenship ceremony here and there.

Ordinarily, this man is described by his community as a decent enough fella who splits his footy season between the Newtown Jets and an actual club that plays in a real comp.

It is for that reason it is surprising that the random Souths guy might even let a few photos of his doings on Jan 26 go online.

“We’ve got no plans to change the date,” stated the Inner Left local, revealing that he could actually change the date himself if he really wanted to.

In September of 2022, the City of Melbourne advocated for a national date change that was rejected by the Grayndler man in the first time an inner-westie has ever rejected something from Melbourne, an event so rare it does not even have a name.