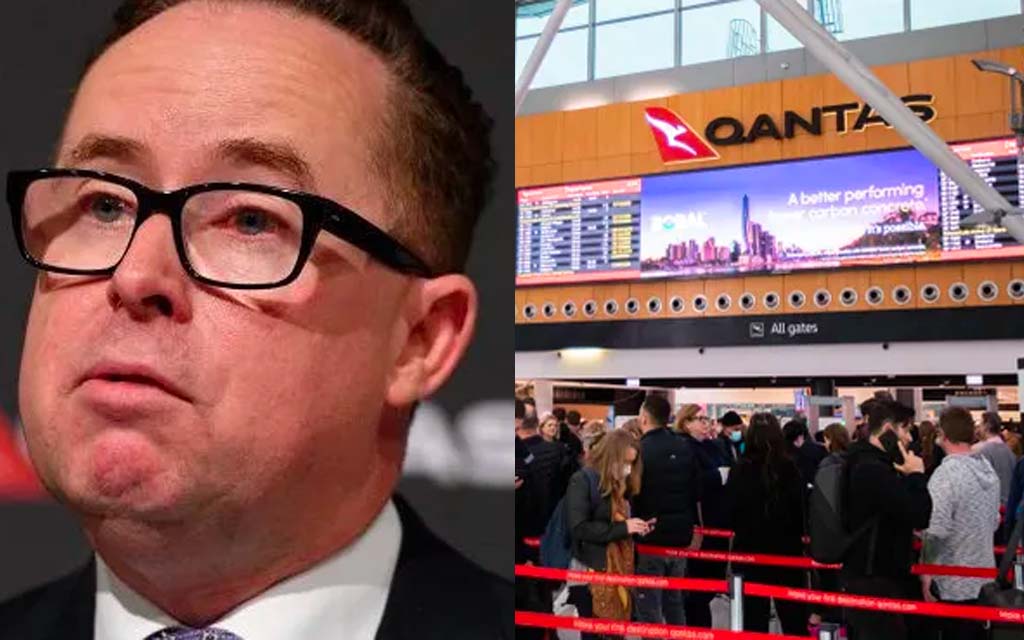 The nation’s former flagship airline has today been hit with a radical new proposal to deal with the numerous crises afflicting them.

Titled the ‘Get Your Shit Together Plan,’ the groundbreaking new report suggests that maybe Qantas should just hire enough permanent staff to run their airline efficiently.

Authored by South Betoota Polytechnic’s Business Faculty, the radical proposal calls upon the bosses of Qantas to forgo a tiny slice of their massive profits to hire some specialised aviation workers.

This new report was released as Qantas and their subsidiary Jetstar kick off another week of mammoth delays, endless cancellations, and countless pieces of luggage disappearing into thin air or ending up on the other side of the country.

It’s believed the swathe of issues affecting the formerly publicly owned and formerly efficient national carrier is directly correlated to the fact they laid off thousands of staff so they could maximize their own profits.

Seeking to blame the spicy cough for sacking thousands of staff (despite receiving 2 billion dollars in corporate donations from the Federal Government over the last 2 years), Qantas says staff shortages are just something they can’t get on top of.

However, this new report says maybe hiring some fucking permanent staff who know what they are doing is actually the solution to the problem at hand.

“Fuck your PR stunt about getting executives to roll up the sleeves and load some baggage, just hire back those 2,000 people you forced out of work,” said one of the lead researchers today.

“And fuck blaming everything on staff shortages when you can just go and hire the appropriate amount of staff.”

“Staff shortages are a ‘you problem.’”

“So fucking fix it, and stop ruining everyone’s travel plans so you can pay your CEO $23 million bucks again.”