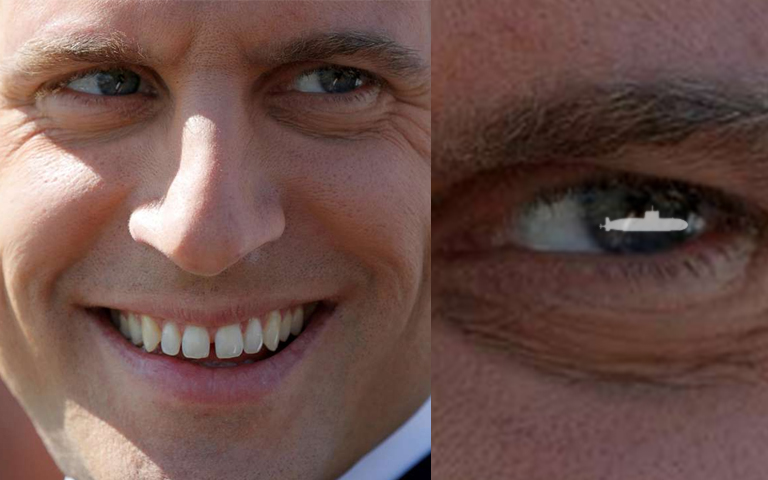 MWAHAHAHA: For the first time in recent memory, a dubious refereeing decision is the actual reason that the Wallabies lost a match of football.

Rugby fans across Australia are still sitting in shock after a promising new stable of Wallabies had victory snatched away from them in their Bledisloe showdown against the cross-ditch rivals in Melbourne.

After twenty years of pain and suffering, last night looked the night that Australia would finally move mountains and end the era of All Blacks dominance.

With three minutes left on the clock and with the scores level at 34-34, Nic White slotted a penalty to put Australia in front. The Kiwi forwards then made their move up the guts until they were penalised again for not releasing the ball.

An entire lifetime since Australia’s last Bledisloe win, it seemed all but certain.

Unfortunately, that was not to be.

Bernard Foley, in his first game for three years, was controversially penalised by French referee Mathieu Raynal for time-wasting as he attempted to run down the clock. Which has already been stopped (?)

It handed possession back to New Zealand in the form of a scrum and Jordie Barrett crossed after the final siren, delivering New Zealand the most hollow victory of all time.

This bizarre call has been the subject of intense scrutiny in the 12 hours since it changed the course of sporting history. While commentators got very close to losing their cool, the Wallabies coaches and players have impressed by not saying too much about it.

Even the majority of Kiwi rugby fans have conceded that this was a disappointing way to win, considering they had been up 32-13 before the Wallabies comeback just 15 minutes earlier.

In fact, last night’s match will be remembered as one of those games where nobody wins – despite the sensational 79 minutes of rugby football that took place before this sour ending.

Nobody, except France’s President Emmanuel Macron – who was seen laughing hysterically at the final result from inside French Parliament last night.

“Next time. They will honour their submarine contracts”