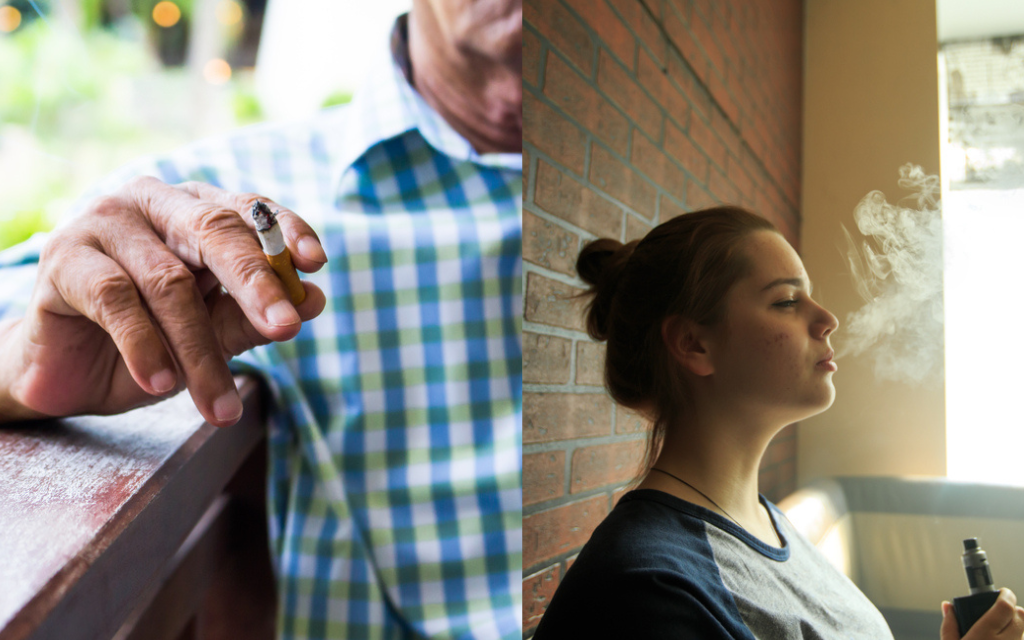 A local father and daughter are unaware of just how much they have in common, as each of them privately blame their nicotine addiction on the other.

Having been a long time off the darts, father of two Billy Boags (44) reckons his eventual gravitation back to the cancer sticks is due solely to being a parent to his teenage daughter Sarah (16).

“She’s putting the salt in my pepper that one,” stated Boags, figuring he might as well shorten his life now that he’s going grey.

“Ned Stark had it right when he said war is easier than daughters. Not that I ever get much time to watch telly mind you.”

However, at the opposite end of the smoking area, Sarah Boags huddled with her mates behind a potted tree, each sharing one alcopop and passing around a similarly flavoured vape.

According to young Boags, she needs the neck-tingling nicotine hit tonight after her bloody dad wouldn’t let her go out tonight.

“He has these dated ideas of how women should act but when you call him a toxic chauvinist he takes it so personally,” stated young Boags as she took another lung shortening hit of ambiguously hazardous vapour.

“I had to get out of the house, he’s basically begging me to rebel.”

Drinking and chuffing their way through their mutual sorrows both father and daughter continued to air their grievances in a smoky haze, unaware they were the only two in the beer garden who gave a shit.