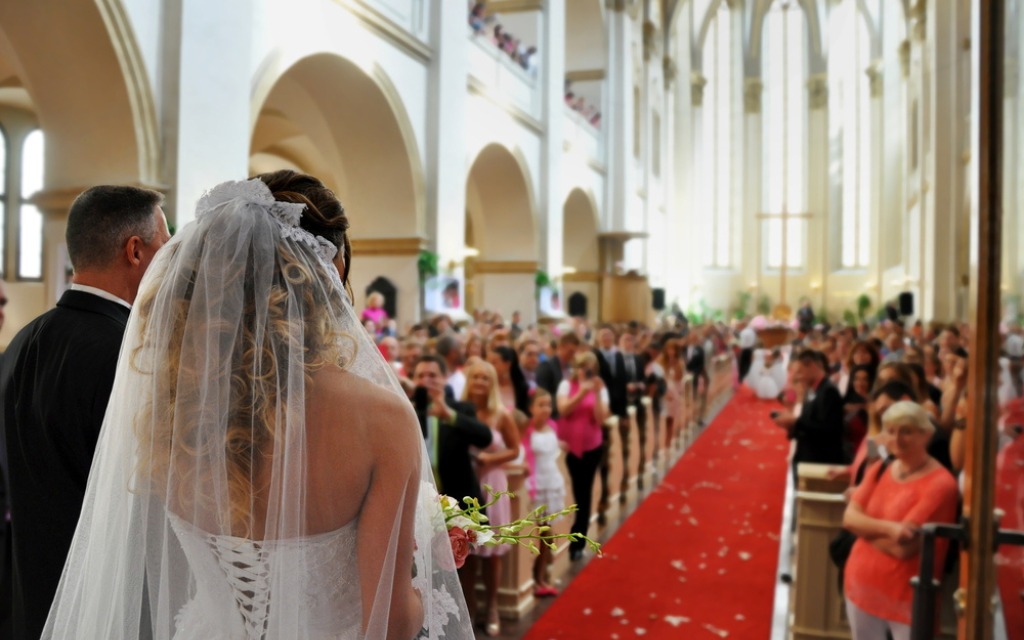 A couple that understands that money doesn’t grow on trees has this week been guilt tripped into spending $30K on what essentially is a one day party, by both sides of their family.

Darren and Rachel are alleged to have considered spending a smaller amount to elope for two weeks in Paris, where they’d been promised a spare room with one of their friends, leaving the rest of the money they’d spent years saving on what they’d hoped would be a house deposit.

However, after making the mistake of announcing their elopement instead of just quickly fucking off oversaeas without telling anyone, Darren and Rachel have been guilted hard.

So now, they’ve been left with no other choice but to blow away their hard earned savings on a stupid tradition that will finanically cripple them for years to come.

“Oh but you HAVE to have a wedding”, Rachel’s mum had begged, thinking of the hallmark moment she’d always dreamed of, “you’ll break everyone’s heart if you don’t have one.”

Darren’s dad had piped in that his ‘grandmother only had a few years left in her’, so Darren would be ‘selfish’’ not to give her this gift.

Though the couple had tried to compromise by stating they would ‘have a small wedding then’, their loved ones felt the need to insist that every fucking person within a 40km radius should attend this wedding – including nieces and nephews, cousins, neighbours, old teachers, friends of the family, friends of friends of the family, colleagues, dad’s new step wife and all of her kids, mum’s new step husband and his kids, and nan’s friends from church.

“At the end of the day, it’s not about you two, it’s about getting the family together’, says Rachel’s mum, because apparently she can’t just organise a fucking family lunch or something, “it’d make everyone so happy.”

It’s unknown if either side even plans on helping pay for the costs of the wedding, but seeing as both Rachel and Darren have multiple siblings yet to be wed, it seems highly unlikely.