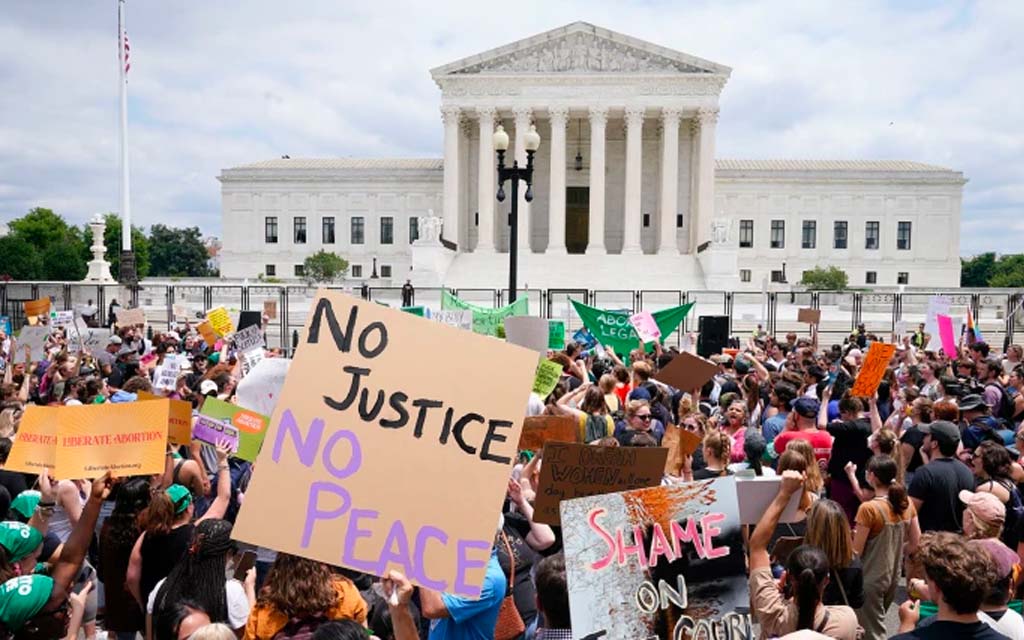 The United States Of America has once again shown why there needs to be a big fat asterisk next to its trademark slogan.

Proving that they are ‘home of the brave, and the land of the free’ for a select group of people, the US Supreme Court has now overturned the national right to a safe medical procedure.

In a landmark decision last night Australian time, the US Supreme Court overturned the famous decision of Roe v Wade, which made abortion a universal right.

The touching move to prevent women from having control over their own bodies, comes after a concerted push from Republicans and religious leaders in the States – many of whom were chanting ‘my body my rights’ in the streets less than 12 months ago.

Opponents of a safe medical procedure for women claim that overturning the famous precedent will protect the nation’s kids, 19 of whom were killed a month ago because they refuse to infringe on the right of their citizens to bear arms.

The decision to protect unborn fetus’ follows days, weeks, months, years, and decades of Americans being killed because the freedom to have military-grade weapons must be upheld at all costs.

However, while lunatics will still be able to walk into a primary school with a high-powered weapon, women will no longer be able to easily access a medical procedure that allows them to have control over their bodies and their lives.

Wealthy republicans and religious figures will now be able to uphold the long-held American tradition of only being able to enjoy healthcare if you can pay for it, by quietly flying their daughters to more progressive states to have the medical procedure they pushed to ban for poor women.