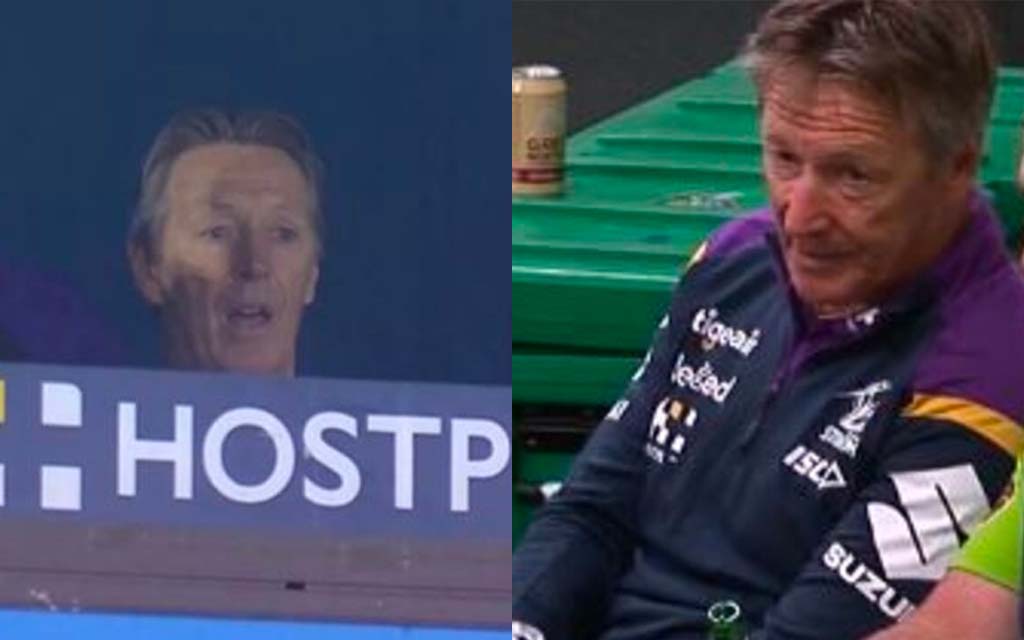 Melbourne Storm coach Craig Bellamy has this week shocked his playing group to its very core.

Following a second consecutive thumping in what is turning out to be a very unMelbourne Storm-like season, the playing group was reportedly expecting an all-time spray.

However, what happened after the full-time siren sounded on the 28-6 loss to the Cronulla Sharks apparently chilled the group to the bone.

Known for his fiery outbursts, the man nicknamed ‘Bellyache’ apparently walked into the sheds and said only a few words.

Borrowing the tried and tested formula used by dad’s and mum’s around the country when they are really concerned about their kids, Bellamy has apparently given his Storm players the ‘disappointed treatment.’

“I’m not even angry fellas,” he reportedly sighed.

“Except for at you Brandon, fuck me dead.”

He then resorted back to his brooding old man tactic.

“I’m just disappointed more than anything.”

“I didn’t raise you to be like this,” he said, looking crushed.

“Enjoy your weekends or whatever you want to do. See you next week if you feel like turning up.”

Bellamy then walked out.