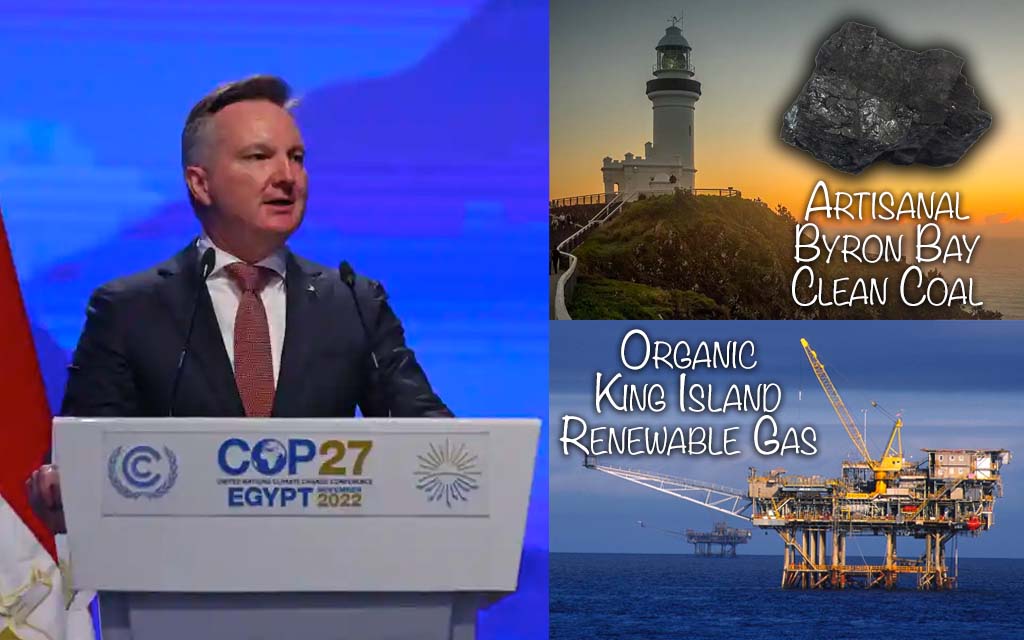 With another international climate conference rolling around, the nation of Australia has once again taken the opportunity to embarrass itself.

Following up the embarrassing performance of years past where we refused to even acknowledge whether climate change was a thing, the nation has this year decided to spruik some cool new products the entire world can get around.

With the world coming to terms with the fact that 1.5C of warming is now pretty much inevitable, Australia has brought a new variety of coal and gas to the table.

Speaking from the host Egyptian resort city that looks like it could host season 3 of White Lotus, the spokesperson told The Advocate that they are hoping these bespoke treats catch on around the globe.

“Look, given the financial interests at play and the amount of money multinational companies are making from plundering our resources, we kind of need to find a way to keep selling coal, oil and gas to the world,” he laughed.

“Obviously the experts are saying that we can’t start any more new fossil fuel projects if we want to limit warming to 1.5C, but unfortunately the commercial realities for our donors and lobbyist friends means that ain’t gonna happen.”

“Soooo, how about we start exporting clean coal, and renewable gas.”

“Sounds much nicer doesn’t it, cooking with renewable gas,” he laughed.

When asked about how a finite fossil fuel could be renewable, he smiled politely.

“Even though it has the exact same effect on the environment.”

While the government remains hopeful that the bespoke resources will be well received, it’s reportedly unlikely to change our reputation as the laughing stock of the world on the issue of climate change.