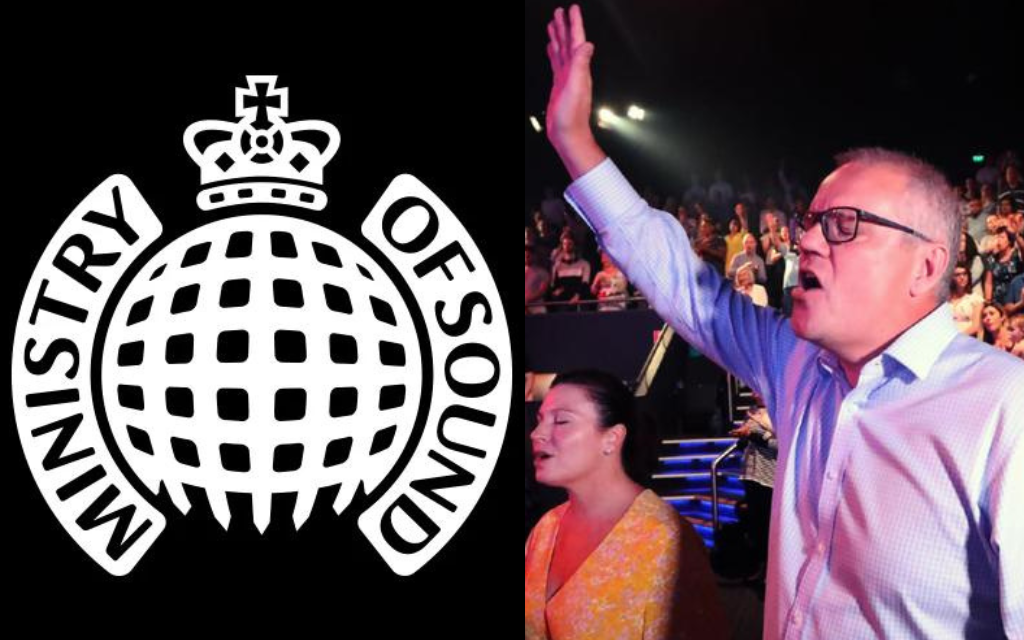 In some bizarre news, it appears Scott Morrison’s rampage on ministries has gone a lot deeper than initially thought, as documents reveal the rising number of Christian DJs dominating Australia Dance Music is also of his doing.

Not content with just giving himself the health, finance, industry, science, energy and resources, home affairs and treasury portfolios, Side Hustle Scotty appears to have gotten a bit confused and taken over the Ministry Of Sound as well.

Though it had been billed as a ‘testament to the history of dance music’, those who attended the event and were coherent enough to actually hear the lyrics were shocked to discover the words ‘praise you’ – and no, it was not Fatboy Slim.

It can now be revealed that Morrison bulldozed his way into becoming the CEO of Ministry of Sound, allegedly making the decision to spread the good word of the gospel through a company that didn’t have a tarnished reputation like Hillsong.

It’s understood that MoS’s next major event will be titled ‘Resurrection’, and is expected to take place on the 21st of May 2023.