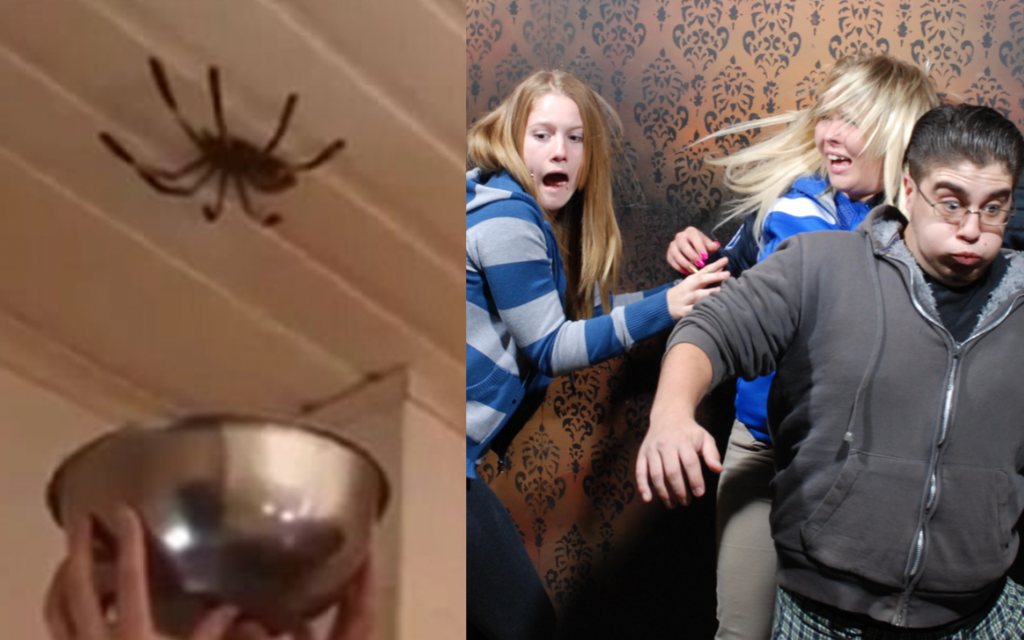 A Betoota Heights household has today been taken hostage by a stupidly oversized arachnid, which let its presence be known mid cooking session.

It’s alleged residents at 82 Roscoe street were alerted of the surprise visitor when a blood curdling scream was heard from the kitchen, making it the third insect related scream that quarter – though the usual culprit had been cockroaches until now.

An unlucky Gemma Hughes had simply been trying to make some spag bol when the spider was seen making a beeline towards her exposed feet, prompting a clattering of the spatula and a pitiful cry for help, and all three of her roommates to excitedly run down the stairs.

“Like this big”, she’d signalled, pointing at the palm of her hand.

“With legs or without legs?”

“FUCK THERE IT IS AGAIN!”

Margaret, who’s unusually calm, suggests they trap it and release it outside – and come on guys, it’s just a spider.

But as a student of the Netherlands, she’d never had the privilege of dealing with a Huntsman.

“Alright, I’ve got it”, she says, brandishing a large silver bowls towards the spider, who is deliberately being impossibly still, “okay, ready…”