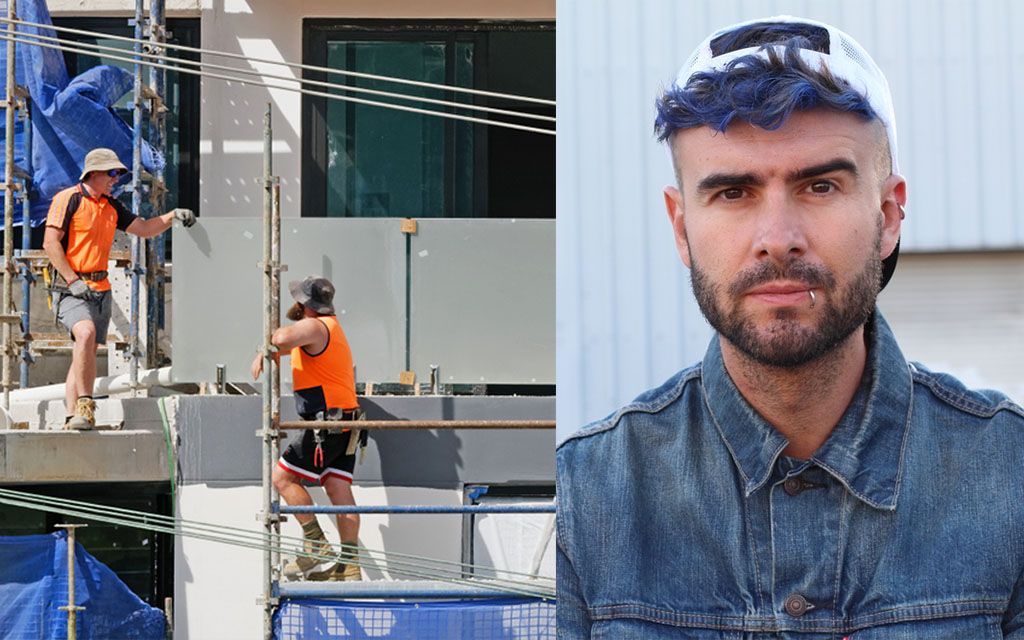 A well-meaning-ally to many is looking for a job, he says, but one where he can use his education and brain to do.

That doesn’t mean Gilby Freeman thinks people who work in jobs like unskilled construction labour, disability support work and hospitality don’t use their brain, he just wants to have a job that’s rewarding.

“Finding a job is hard at the moment,” he said.

When pushed on what his $23 000 Arts degree was in, Gilby was evasive.

“It’s quite broad, actually. I did a bit of media, sociology. Um, we did a little bit of art theory. But yeah, it was quite broad so I’ve been applying for like mid-weight copywriter jobs in the city. I sent them some of my art theory essays for the portfolio. Maybe I should apply for art director roles, too? But yeah, I would’ve applied for like seven jobs and I haven’t even got one reply in any form,”

But not as soul-crushing as holding a broom on a worksite, which is where Gilby’s old boy suggested he go.

“God, don’t even. It’s triggering. My Dad told me to get a white card and get a job,” he said.

“He said breaking shit up and throwing it in a skip bin would be good for me. He told me to go work in a shearing team over winter, which is disgusting because I’m a vegetarian. Then he said that my uncle would give me a job driving a header or a chaser bin over harvest. It’s like he knows nothing about me. I have anxiety and I can’t imagine driving a tractor. It would freak me out too much,”

“Like, how hard is it to find a job that’s rewarding? My Dad says everyone needs to eat shit at some point in their lives. Not everyone goes from university to a job. He says that’s reserved for smart people like doctors, lawyers, engineers, bankers and teachers. What’s he trying to say? I think he’s trying to say I’m too dumb for a proper job but too much of a softcock to do anything else?”

“Actually, I might apply for a cadetship at The Betoota Advocate?”