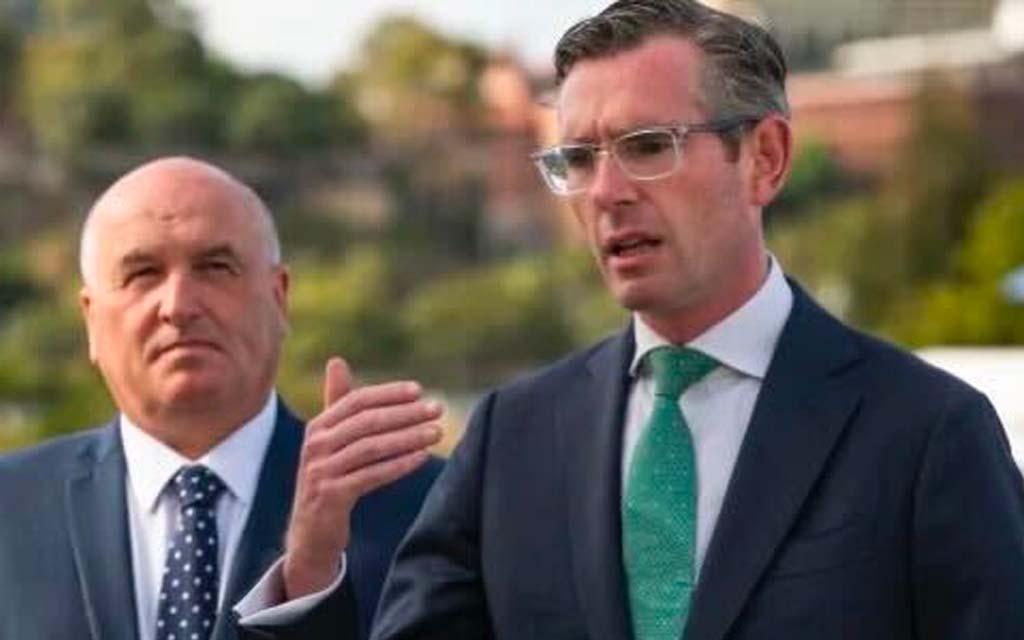 The message is now clear to both sides of Australian politics, steer clear of regulating the pokie machine mafia – or else risk having political fixers dig up the worst thing you have ever done in your whole entire life.

NSW Premier Dominic Perrottet has learnt this the hard way, after the entire nation’s media cycle is now plastered with his nervous face – following the revelations that he wore a Nazi costume to his own 21st.

Aside from being a fucking weird thing to do, what’s even weirder is that Perrottet had to be reprimanded by his own parents the next day. Not before, or during.

However, whatever it was that went on in his family’s household 20 years ago – it’s now the biggest regret of the leader of the NSW Liberal Party’s political career.

Mr Perrottet has since meet with leaders of the Jewish community and apologised profusely, saying he had lived with the burden of knowing what he had done since the day after his party, when his parents told him it was wrong – again, weird.

Another weird twist to this story, is the fact that all of the powerful right-wing media tabloids and shock jocks who usually spend their lives complaining about cancel culture – all appear to have joined in on the pile on today.

That’s kind of weird isn’t it. Considering he has already apologised and his apology has been accepted by the very community he has offended.

It couldn’t have anything to do with the fact that he is taking on the pokies could it? You know those completely unregulated gambling computers that have completely killed live music and pub culture in New South Wales? The same machines that keep a few very powerful families very rich… rich enough to have someone scour a man’s entire life story to find something that could make him stumble in an election year. Especially when it’s pinballed around the same media networks who are also kept afloat by gambling revenue… after being hand delivered to him by a member of his own party whose son works these same families?

While Perrottet has described his disgraceful 21st costume as his greatest ever regret, a close second might be his unwise decision to describe poker machines as a ‘tax on human misery’ – before vowing to implement very slight regulations on a depraved industry that causes immeasurable rates of domestic violence, poverty and suicide amongst Australia’s poorest people.