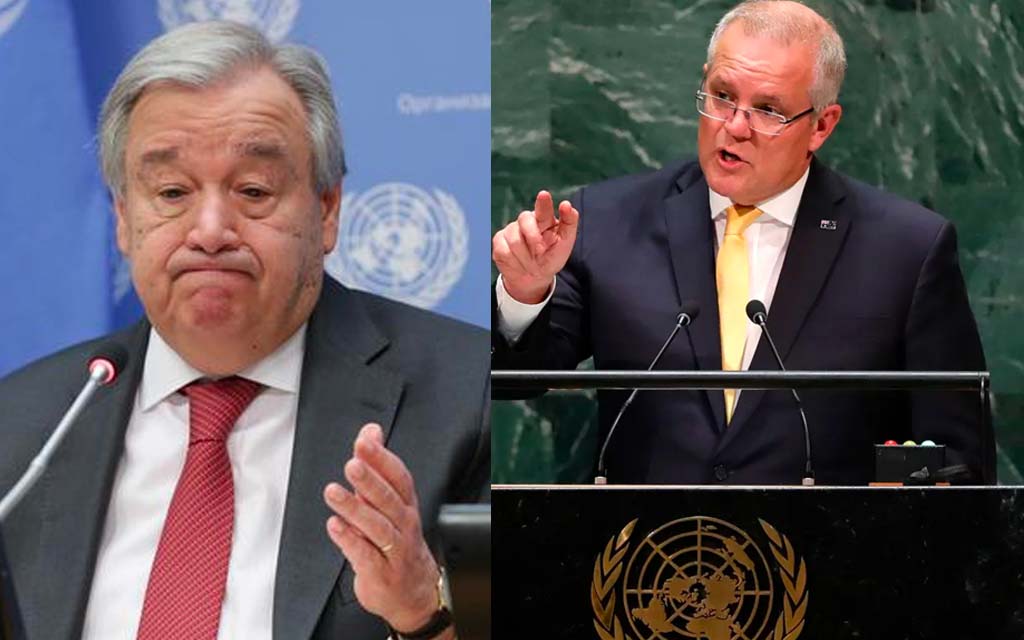 In a shocking new twist to the Side Hustle Scotty saga, it can now be revealed the former Prime Minister is going global.

With revelations emerging over the last couple of days regarding Scott Morrison’s secret new jobs, it can now be confirmed that he also made himself the Secretary-General of the United Nations.

Scotty has refused to heed his colleague’s calls to resign, digging in and defending his decision to secretly make himself the Minister for everything.

However, those calls may now grow louder, with it now coming to light that he made himself the boss of the United Nations.

Known as the world’s largest charity and the global body that can tell little countries what to do, but has little to no power over any of the global superpowers, the Secretary-General is the highest position at the global body.

It’s unknown how Morrison managed to appoint himself to one of the highest ranks in global politics, but it’s believed he has since relinquished the role, given the responsibility and workload that will come with it.

It is also unknown whether he still held the position when he publically attacked the United Nations at a church function a couple of months ago.

“Obviously I’m furious that he circumvented me like this and I wasn’t informed that I was secretly being undermined,” he began.

“But, in a way it actually made sense as a hire,” he said.

“Here at the UN, we are currently grappling with how to better cover up and suppress any complaints about the toxic, misogynistic, and abusive behaviour in the upper echelons of power.”

“Given Morrison’s experience with that sort of stuff in his party, he could have been a handy addition. Anyway, we never knew, so we could never have utilised him.”

Much more to come.