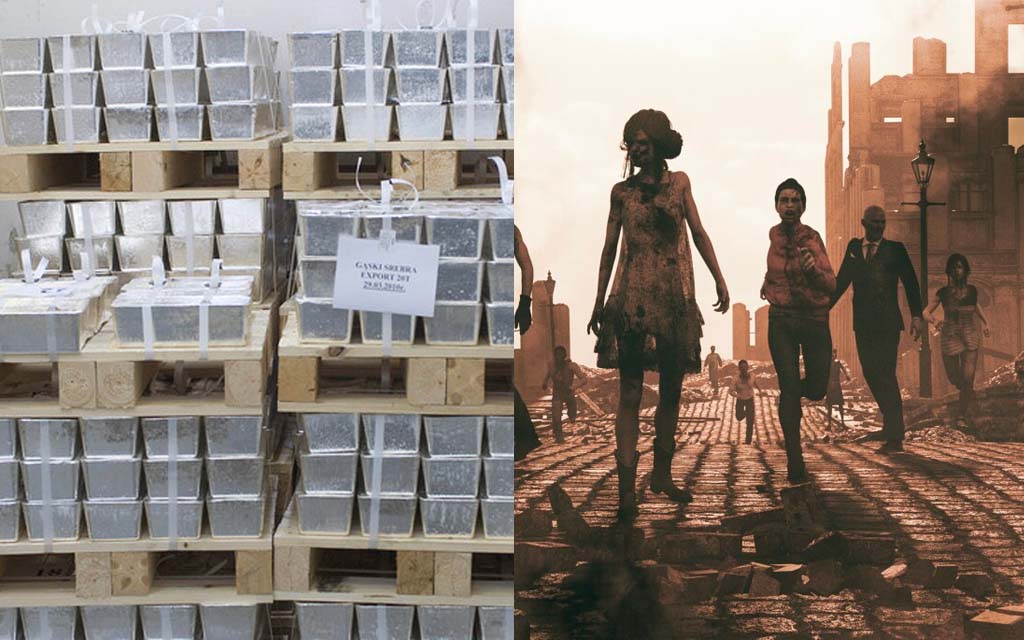 I don’t want to sound like a a youtube researcher here, or some kind of deluded doomsday prepper, but the collapse of civilisation as we know it is now only mere months away.

With the British Pound sinking to record lows, the US Federal Reserve anticipating a recession, and the war in the Ukraine now a 60/40 chance of going nuclear, it’s clear to anyone with eyes the apocalypse is upon us.

And after doing my own research I’ve come to understand that a Great Reset of the world’s financial system is imminent.

The dollar is being replaced by silver.

You don’t agree with my reality? Then you’re a fool who needs to educate yourself.

Look at our crumbling civilisation of today; the dollar’s value has already plummeted on a global scale as inflation bites and the cost of living soars.

This trend only becomes more pronounced as total war breaks out and destroys the fragile economic assumptions around the dollar’s ability to be traded for goods and services.

The currency of the End Times will be precious metals because they hold their value.

No one’s printing anymore gold and silver, are they?

That’s why my new investment strategy is to solely focus on preparing for the Great Reset, by stockpiling silver ingots in my garage until the collapse of civilisation, which is now mere weeks away.

But it’s my ever growing cache of silver ingots that gives me confidence of being a long-term survivor.

I don’t want to sound like I’ve gone down an internet rabbit-hole or that I have no capacity to critically analyse the whack-job theories I watch on Youtube, that’s not what’s happening here.

What’s happening is I’m trying to save you.

When the power goes out and the fires start, silver ingots will be the only true source of value.

So race down to your local Bullion Mint and buy as many silver ingots as you can carry.

Do it now before the value of silver skyrockets, but do it quietly.

We don’t want to start a panic.

Stockpile them in your garage and wait for the collapse of civilisation to occur, which is now only days away.