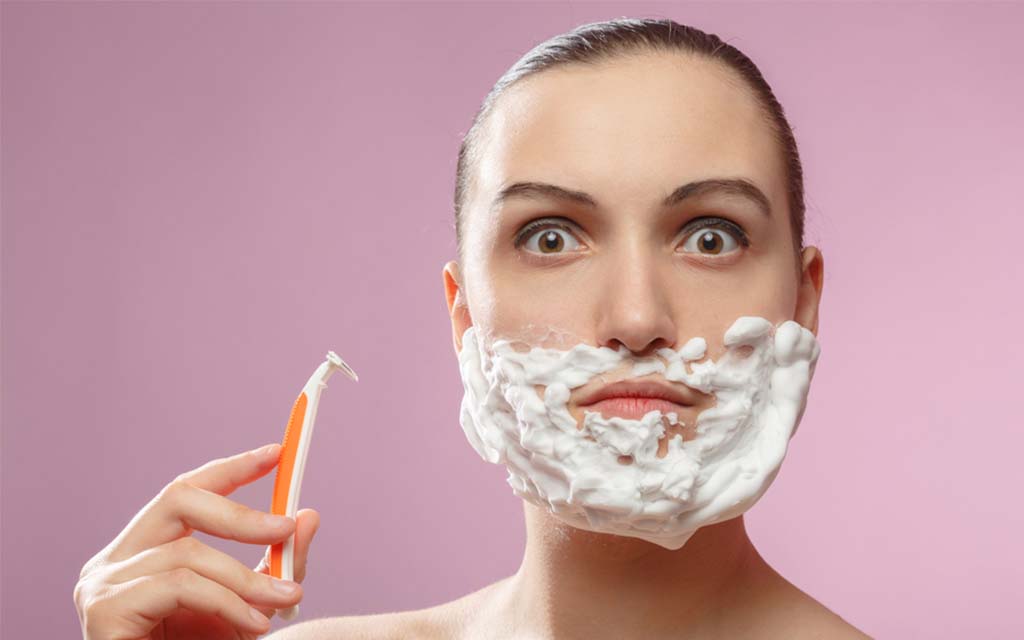 Are you sick of not getting paid as much as your male colleagues just because you’re a woman?

Tired of your male counterparts getting that promotion even though you’re more qualified and experienced?

Angry at constantly being interrupted by men only for them to repeat back to you what you’ve just said?

Welcome to being a woman in the 21st century workforce.

I empathise with your situation, dear lady readers.

It must be incredibly frustrating, filling you with rage and despair.

But the last thing you can do is let those emotions show, because your male colleagues will think you’re being hysterical.

And then turn it into a majestic beard.

You see, what I’ve discovered through years of experience in the financial equality sector is that the only way a woman will get paid the same as a man is by growing a beard on her face and neck.

That’s ok, why not hear from two female students who I’ve beard-coached recently about their own lived-beard experience.

She says that “growing a beard changed my professional life. Not only did my male boss start actively listening to me when I spoke, he thought my work had improved so much he gave me a promotion and a $35k pay rise, putting me on the same wage as the man he pinched from a rival company a few months ago.”

Or Zoe Clay (22), HR assistant at Resources Recruitment, who says “I didn’t think women could grow beards, but that’s just what the patriarchy wants you to think. Look at me, blonde and fair haired, but in under 12 weeks I’d grown a handlebar moustache and then a full beard, easy. Now when I speak people naturally believe I’m competent. Like, I don’t have to prove myself anymore. Learning to grow a beard has changed my life for the better. Thank you, Dr Spevens.”

No thank you, Zoe.

It’s success stories like these that reaffirm my faith in humanity, and moves society a step closer to true gender equality.

If you’re a beardless woman who dreams of being treated as well as a man, then why not follow equality trailblazers Zoe and Sara and grow a beard today?

It could just change your life.