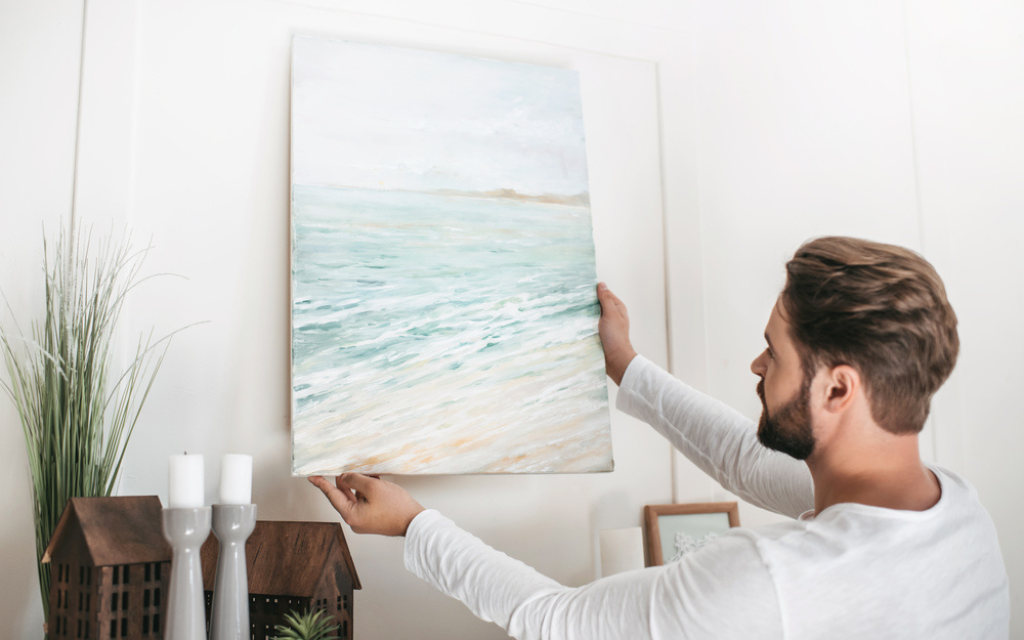 A local millennial got his foot on a different ladder today by buying a piece of art just like a real grown up on the telly.

A copywriter at a company he despises, Jesse Jessop (34) was looking for a way to give their year some sense of achievement without procreating, buying property, getting a promotion, marrying their long term partner, or any of the other things their parents would like.

Having saved up enough money to buy a housing deposit (in 1979) Jessop decided it was time to make an expensive purchase but not for anything that is actually fun like guitars or Lego but something an adult might enjoy.

It was that logic that led Jessop to purchase a paint on canvas artwork in the abstract style for an undisclosed amount of money.

“I’d always been into impressionism but I adore abstractism as well,” stated Jessop, almost sounding like a real person.

“What’s great about it is if I get tired of it I can simply spin it around and hang it from another angle and then it’s like getting a whole new painting.”

According to Jessop’s friends and colleagues who have been forced to hear about the artwork, he really sounds like someone who understands art even though he does not get how it’s mostly just a money laundering scheme for people who come from money.