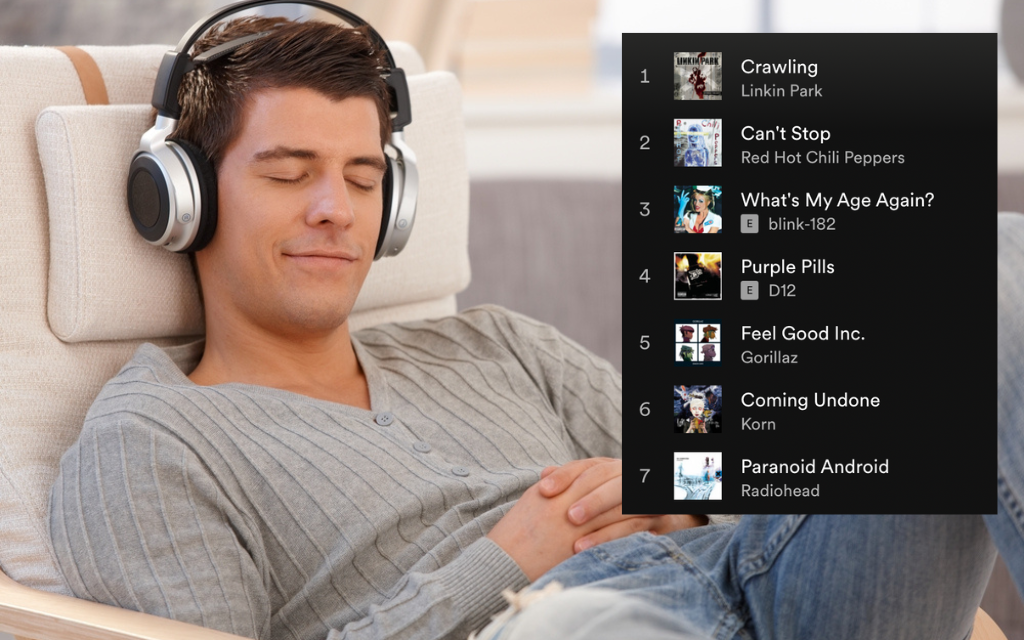 A bloke who today caught some flack for listening to the same music he loved as a teenager has stated that he doesn’t give ‘two fucks what people say’, and that he has no plans of listening to anything new – ever.

Jayden Mulligan [32] admits to The Advocate that he can’t remember the last time he updated his Spotify playlists, and that he still finds himself getting his ‘Bangerz’ one he created in 2008, whenever he’s going for a long drive or hitting the gym.

Though there had been a couple of very half hearted attempts to broaden his horizons, Jayden says he’s more than happy to follow in his dad’s footsteps, and listen to the same bands until the day he dies.

“Late nineties to early 2000s is the best era of music”, says Jayden, who is partly influenced by the gut wrenching nostalgia, “it still fucking hits.”

“Seriously, Linkin Park’s Numb is the Bohemian Rhapsody of our generation.”

“Everybody knows the lyrics.”

Stating he misses how fun 2000s bands are, Jayden reckons everything’s way too polished and formulated these days and that the ‘chaotic energy is totally gone.’

“Like, would Ed Sheeran play the guitar with his cock out?”